Having never compromised their ethic of free expression in favor of album sales or popularity, Shellac became perhaps the quintessential independent rock band over the course of a decade. They repeatedly managed to deliver some of rock's most brutally honest recordings while garnering respect as purveyors of the genre in its purest form. In addition, they have been interested in rock music's behind-the-scenes politics and in high-fidelity production electronics.

Consisting of guitarist, vocalist, and engineer Steve Albini, bassist Bob Weston, and drummer Todd Trainer, Shellac took shape in Evanston, Illinois, in 1992. Albini's noisy and confrontational Big Black and Rapeman projects had disbanded after causing controversy in the hardcore music scene over the previous ten years, and he was ready for something new. When Albini invited Weston, a former bassist in the bands Sorry and Volcano Suns, to work for him at his Electrical Audio studio in Chicago, the trio started playing regularly, releasing a few singles on the local Touch & Go and Drag City labels. 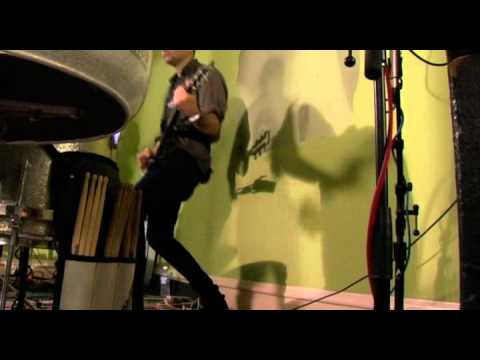 Shellac - Steady As She Goes (Synch)