The song was recorded in May 68 by a young, unknown singer: David Bowie. It talks about a boy who breaks the rules. The song is called Silly Boy Blue and its title, as well as it’s invitation not to comply, found an echo. Of course, Ana Benabdelkarim wasn't yet born at the time David Bowie was competing with his hero Scott Walker for the award for the most flamboyant song. But this taste for risks, this unlimited musical ambition, this freedom taken with convention and sexual gender, this joyous melancholia still reverberates in the dreams of the young singer, songwriter, multi-instrumentalist and producer already identifiable in the Nantes band, Pégase. Ana now embodies Bowie's Silly Boy Blue, after hijacking the song's title for her stage persona, after transforming its fantasies into realities. “It all goes back to my school days”, she says. “With my friend Leo, we first heard Changes by Bowie and it surprised us so much that we were in hysterics all day. From this starting point, music became a trail. Every important moment of my life has its own soundtrack. Music offered me the possibility to emancipate myself from two older brothers, to develop my own identity at college. I built myself on music.”

With sparkling eyes, Ana talks passionately about the musicians whose pictures are still pinned on her bedroom wall: Siouxsie & The Banshees, Marilyn Manson, The Cure, Fever Ray, Lady Gaga, Prince, Yeah Yeah Yeahs, Christine & The Queens, Frank Ocean, Joan Jett... She calls them untouchables, unreal. With her trademark modesty, she also shows her university thesis, called “The Androgynous bodies in music, from David Bowie to Mykki Blanco"... Digging into her memories, she talks about herself as a rebellious goth college girl, wearing proudly laddered tights. “I was more Outsider than Popular”, she recalls.

This rich and passionate build up in music helped her to develop a solid and personal universe right from her first EP, the luxurious But You Will. The sound was definitely hers, a prowess far too rare in French pop, whose bravery is very often out shadowed by caution and the lack of ambition. The EP took its name from the film Eternal Sunshine Of The Spotless Mind. Sung in English, dreamy and wide, it revealed an intimate song writing, carnal, without prudishness, tortured but still strong. Like her all-time heroes Elliott Smith and Lana Del Ray, Silly Boy Blue cured her blues with words. Her songs mix sensually acoustic instruments and devilish electronics, forming a fascinating exercise of layers on layers. It could be called “humble maximalism”, which would always be better than a “whinging minimalism”. Minimalism couldn't contain all her desires of escapism, of post-pop in any case.

If she comes across as shy in the social circus, in day-to-day life, Ana certainly is not when it comes down to her music “Using the Silly Boy Blue persona allows me to be stronger, freer, braver than in real life. I desperately needed an avatar to be more honest and finally tell people how I feel. Even if I need songs to achieve this... In between Ana & Silly Boy Blue, I sometimes wonder who is the real me.” Ana describes herself as a romantic, incapable of expressing her feelings. Since the dark torment of her teenage years, she has learnt how to live with crushes, love affairs reduced to silence by the capitulation of words, the impotency of failed courage. “In my head, I go through love affairs without the other person even being aware of it. But if I hadn't had these things to write about in my teenage days, I don't know how I would have gone through life. It really helped me to understand myself, to find myself less weird.”

The first Silly Boy Blue album will host 12 songs. Some will only need a guitar and the voice. Some others will require the wizardry and opulence of rhythm and arrangements. The recording started in Paris with Apollo Noir, who was joined in Normandy by Sam Tiba, from Club Cheval, also in charge of production duties. But Ana also operated on the mixing desk and has produced 3 songs on her own. “It was a feminist statement, she says. I really wanted to play every piece of piano and guitar, write the arrangements and produce some tracks. I am quite geeky but also impatient, which is a bad combination. It reinforces my fears of being useless, of being revealed as an imposter. Nevertheless, even though I have LOTS to say about being a female musician, I have even more things to discuss as a musician” This is what is striking in her songs: their meticulousness, their musicality. It describes perfectly well the rollercoaster of love, from crushes to crashes. No one will be surprised to hear that there is a special guest on most of these songs: melancholy. “I have always been very, very melancholic, says Ana. In my life and in my head, I collect memories, dates, feelings. They are all linked to songs.”

I ask her if music still save lives. She answers without a blink. “Without music, my life would have been totally different. It helped me to hate myself a bit less. My biggest dream would be that my album falls into the hands of an equally fucked up girl, who doesn't know who she is, if she prefers boys or girls. And that this girl feels OK while listening to me. I just want to pay back for what Bowie and some others did for me.” 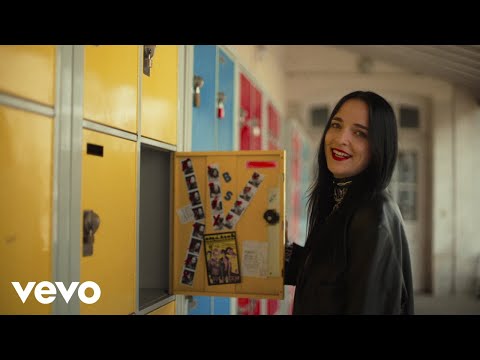 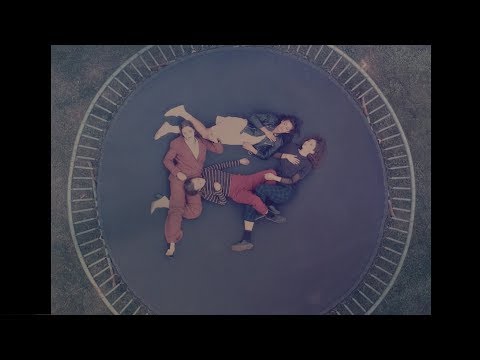